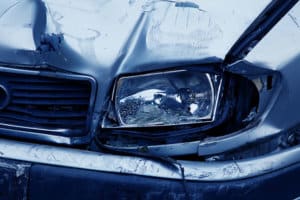 Accident refers to many things of which the collision of vehicles which results in damages to the vehicle, people who are in the vehicle as well as property is common. An accident is considered a hit and run case when a driver of the vehicle involved in a collision leaves failing to stop and give the license number, his/her name and all other information that is essential according to law and also
report to the police regarding the accident.

This he does knowingly which means the party who was injured in the accident nor the law enforcement are not informed. Therefore, in case of an accident, it is important that the drivers of the vehicles involved in an accident do not leave the scene. This is because such an act is considered as a serious offense. Pittsburgh Hit and Run Lawyers handle cases for the victims of the accident to help them get the compensation they deserve.

What are the consequences of leaving the accident scene?

Leaving the scene ofthe accident which is commonly referred to as Hit and Runs is an offense that would make you liable to face criminal charges as well as other consequences depending on the severity of the accident and the damages. When you have caused damage to other’s property and leave the accident scene it is considered as a second-degree misdemeanor that would make you eligible to receive a punishment of up to 60 days in jail and a fine of $500. It is better to hire the services of an attorney when you have caused an accident.

Types of hit and run charges

Misdemeanor hit and run charge- what does it refer to?

Misdemeanor hit and run charge is no doubt a crime but it is not as severe as that of a felony charge. A misdemeanor charge is said to be applicable when a person leaves the place where the accident occurred. However, when it is following the damage of property only. A common example for misdemeanor hit and run charge is a person pushing off in his car in a parking lot after having hit an
unoccupied vehicle in the parking lot.

This refers to the charge that a person is liable to face when he leaves the scene after having injured a person or even causing the death of the person in an accident. Most of the times bicyclists and pedestrian are victims in the accident. It also applies to a collision between cars in which either the driver or passenger in the other car is injured and the driver of one of the vehicles involved in the
collision leaves the scene without stopping.

However, the hit and run charges vary across different states and countries.

Penalties for hit and run cases in Pittsburgh

Pittsburgh is a state that adopts a strict policy as far as to hit and runs cases are concerned unlike in other cases where traffic offenses are involved. Hit and run charges involve heavy penalties as well as life-changing and serious consequences which may include losing your driving privileges as well as undergoing probation. That is why it is important to get in touch with a Pittsburgh Hit and Run
Lawyers. They would ensure that your rights are protected and help you in defending your case favorably. The right steps that the attorney helps you take immediately after the accident has occurred would go a long way in influencing the outcome of the case and reduce the chance for unfavorable consequences such as serving a jail term, probation, finding your name in the criminal record. The penalties for people convicted in fatal hit and run accidents are even more severe since September 4, 2012.

According to law, the driver of a vehicle irrespective of whether it is an SUV, truck, trailer, van, bus or a motorcycle involved in an accident has got to stop and stay at the accident site until medical help arrives. One can leave the site only when they have provided their name, address, the registration number of the vehicle as well as their license number to be considered legal.

Lawyers for Hit and Run cases

The Pittsburgh hit and run lawyers and law firm help in protecting the rights of the injured as well as help the drivers who cause an accident using their resources and experience to handle the case in the right way and ensure that you are not charged wrongly. They also ensure that you get the right compensation in case you or your loved ones are injured as a pedestrian, cyclist or a motorist. When you are a victim of a hit and run accident, your personal lawyer would help you out with the identification of the driver who caused the accident, gather the evidence that would be required to prove the case and fight it out in your favor to get the compensation you deserve.