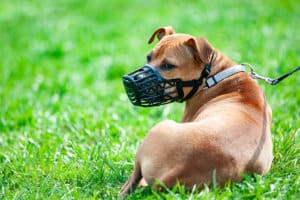 There are about 5 million people in the US who were bitten by dogs each year and half of those who are injured are children that is according to the Center for Disease Control and statistics. Although Pittsburgh is a town that allows dogs to roam with their owners freely, not all know how to act responsibly.

The figures on cases of dog bites are astonishing as only about 800,00 of these victims seek medical treatment for the wounds, and about 386,000 of them requires emergency medical treatment. About 16 people died each year from dog bites. However, these figures do not include other effects of animal attacks like psychological trauma.

Although some may treat dog bite as a simple fact of life, it can be severe. Dog bites encompass dogs of any breed. It can be anything between nips to a full-blown attack that leaves a severe injury.

You might consider injuries from a dog bite as one-dimensional physical injuries, but the effects of these injuries can be physical and psychological to the victim. There are cases where plastic surgery is needed for the victim to address the bad scarring while others can have emotional trauma because of the scars or some may develop a fear of dogs because of their experience in
the attack.

During the case evaluation, the Pittsburg Dog Bite Lawyers will look at every side of the Pennsylvania Dog Law to make sure that you will be receiving the compensation that the Pennsylvania Statute will allow. The victims of vicious canines in Pittsburg should consult an expert law firm in dog bite law to get the maximum benefit that is due them.

What “Dog Bites” Means in Pittsburgh?

The “dog bites” mentioned in the law pertains to the attacks on someone. In Pennsylvania’s Dog Law, a section covers what will happen to the dog which covers the confinement of the dog as stated in section 459-502 of the Pennsylvania Statutes. Furthermore, the statutes clearly mentioned that even though the victim has evaded the possible bite, the articles of the dog bite law still applies because the dog still has the intention to bite the person.

How to Report the Dog Attack or Bite?

The state of Pennsylvania requires its citizens to report any dog bites. There should be a complete report of the attack. It can either be to the State Dog Warden situated in each county.

There may be additional reporting protocol created depending on the cities and counties for legal purposes. Residents of Pittsburgh should report any dog to attach at the nearest office of
Bureau of Animal Care and Control.

If you are the Victim:

If you know the dog or its owner, you can specify the following in the report:

After reporting, an officer from the bureau or a police officer will make an investigation of the incident.

What will be the Penalties for the Dog?

According to the Pittsburgh Dog Bite Law, the guilty dog must be isolated and quarantined on the property of the dog owner or an assigned location for ten days. When the dog is on the loose but tagged and captured, the owner should claim it at the animal rescue center within ten days. However, even though the owner reclaimed the dog, it should remain in quarantine in 10
days.

A dog that is captured without tag and is not licensed; the owner needs to claim it from the rescue center within three days. When this reclaiming period lapsed, the dog will be euthanized. In another case, if the owner is with the dog during the investigation, the officer
will issue a notice .to quarantine the dog.

What are the Civil and Criminal Liabilities of the Owner?

There are civil liabilities from dog bites that is unique to Pennsylvania and differs according to the injury of the victim. A severe injury from dog bites, which is defined as resulting in disfigurement that will require cosmetic surgery or multiple sutures from broken bones, the owner will be automatically guilty of negligence and has committed a misdemeanor. The victim can submit a claim equivalent to what is under the Pittsburgh personal injury case.

If the injury is not so severe, the liability of the owner is not instant. In case he can prove that he or she has exercised enough measures to confine the dog, he or she is not negligent. However, because of the bite, it will be enough to categorize the dog as dangerous. In any future incidence that this dog bites, the owner will automatically be liable and guilty of a misdemeanor.

Factors to Be Considered When Evaluating Cases that Involves Dog Bite

During the evaluation of cases involving dog bites, the following factors will be considered:

There are a host of medical complications from a dog bite, including infections. It will also require extensive surgeries to repair the tissue, nerve damage, and muscle. These treatments are all expensive, and even the scarring can alter the physical appearance of the victim.

An animal attack can render the victim traumatized or with PTSD. These can manifest as panic reactions or flashbacks when they encounter an animal. It can intensely strain the personal relationships of the victims with people who have pets.

Scars from dog attacks can affect the ability of the victim to socialize because they can lower their self-esteem and confidence. Adolescents and children can be victims of teasing or bullying. In addition, it requires costly plastic surgeries to fix these scars.

Many people think that there is little they can do after a dog bite when it comes to asking for compensation from the dog owner for the resulting injuries.

Pittsburgh dog bite attorney is committed to defending your rights and in taking the necessary steps in holding the owner responsible for what happened. We have experience in prosecuting dog bite cases from all over Pittsburgh.

We accept dog bite cases for free and will collect only after you have secured the compensation. You can come to the office for a free consultation you will pay nothing if there is no financial recovery.