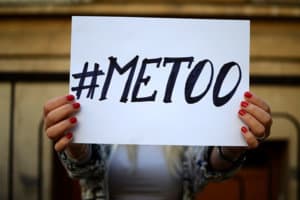 It is a fact that whenever sexual assault and sexual abuse are grabbing the headlines, there are countless more cases of rape survivors and children and adult sexual abuse who have endured in silence. In the current statistics, 91% of sexual assault victims are female, and only 9% of them are males. What is even more terrifying is that the majority of sexual assault cases in the reports are committed by somebody whom the victim knew and is comfortable with.

Rape and sexual assault are viewed as heinous crimes, and even if the accusation is false, and there is little evidence to prove them, it can ruin the reputation of the plaintiff and the defendant.

The criminal justice system in Pittsburgh and the whole state of Pennsylvania have severe punishments for the perpetrators, but it cannot always protect the emotional distress and physical injuries of the victims from the assault. The civil justice system, however, can hold the negligent parties liable and provide compensation to the victims when the criminal court cannot.

Sexual assault is defined as any sexual behavior or contact that have occurred in the absence of consent from the victim. There are many forms of sexual assault, including:

Under the Penal Code of Pennsylvania, sexual assault is defined as a sexual offense aside from rape and involuntary digress type of sexual intercourse. Rape is defined as the act of sexual contact on a victim by using threats or force. It can also be rape if the victim is not awake, unable to give consent or is impaired.

Sexual assault charges become second-degree felonies when the evidences are not enough to prove that necessary elements that define sexual deviate intercourse or rape. But there is enough evidence to confirm that the perpetrator performed sexual acts against the victim or victims without consent.

Filing charges against the assailant in sexual abuse cases can be complicated, but when you consult with a Pittsburgh sexual abuse attorney, he or she will help in untangling the complexities and help you get the justice that you deserve.

Many victims are not filing charges because they did not consult lawyers about their complaints. With an attorney on their side, victims will be able to understand what happened to them and can file the appropriate claims. Here are some sexual assault claims that are more familiar:

Injuries After a Sexual Assault

Physical injuries are not the injuries that the victim suffers from after a sexual assault. The mental injuries last longer and life-altering to the victim. Here are some of them:

Who Could be Held Liable in a Sexual Assault Case?

Schools – You can sue a private and public school when the teacher, school worker, student or third party commits sexual assault inside the premises of the schools or campus.

Health Care Providers – if you think a health care facility is safe from sexual assault, you
are wrong. Staff, medical professionals, employees, and contractors of these facilities can prey on the vulnerable victims and do the crime.

Property Owners – they can be held liable if they fail to prevent the assault from happening, including sexual assault, rape, and child molestations. It can include parents who fail to supervise their child from doing the crime to others, social hosts who provide alcohol and drugs and even hotels for failing to provide ample security to their guests.

Workplace Assaults – victims can file a civil suit against their employer and third-party contractors if the sexual assault happened in the workplace.

Workplace Sexual Harassment – when the employer failed to take appropriate action or retaliate on a complain, a law firm can help you pursue a legal course of action and other means.

What Should a Victim of Sexual Assault Do?

Being a victim of sexual assault is devastating not only to the victim but to the loved ones as well. Ask for help from the police station and hospitals. It is not only safe shelter, but some people can help collect evidence and provide assistance.

Wherever the assault took place whether in school, hospital, or workplace, the perpetrator must be brought to justice, and the victim should be compensated for the injuries. The Pittsburgh sexual abuse attorneys can actively investigate potential harassment and sexual assault lawsuits.